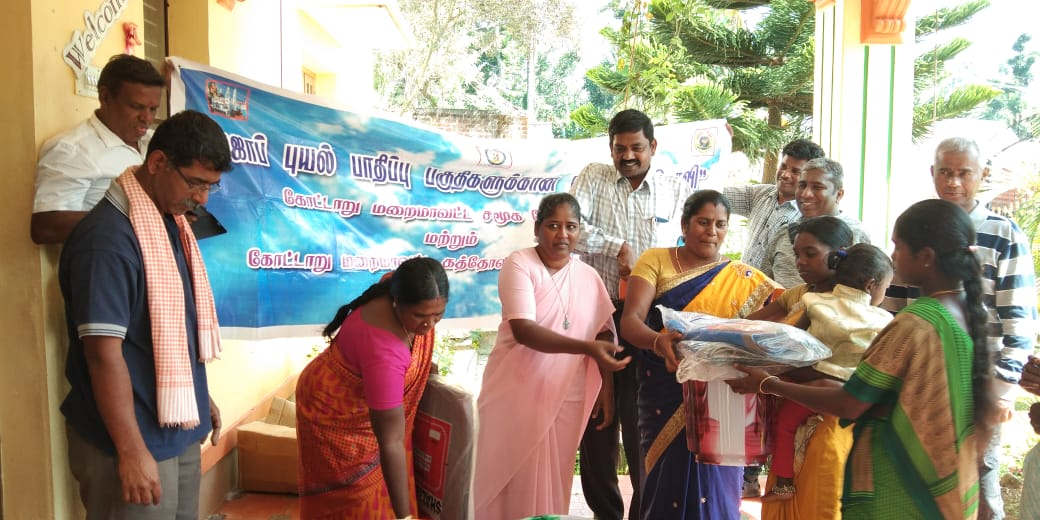 In November 2018, the Gaja Cyclone affected almost 22 Districts of Tamilnadu of INDIA and has been devastated by the incessant rain and wind which continued non-stop, relentlessly. The deluge left 6 districts with severely damaged houses and partially damaged houses whose roof tops were blown away by the heavy windfall and down pouring rain resulting evacuation of 80,000 people to safer places. Though the weather forecast depicted Nagapatianam and Vedaranyam as the centre for this great Cyclone, the wind and storm with heavy rainfall turned towards Batlagundu and Kodaikanal of Dindigul District and Periyakulam in Theni District creating heavy damage to thatched huts/houses. Roof tops blew off and unattached metal sheets flew. Gusty winds due to the cyclonic storm resulted in hundreds of trees and electricity poles uprooted. Damage was done to also power and communication lines. Another major damage to Kutcha & minor damage to Pucca roads; breaking of tree branches and uprooting of large avenue trees. Damage was done to paddy crops, banana, papaya trees and orchards. And also the heavy rain, speedy wind and strong strom killed many cattle and goats though a few human death toll has been reported by the media. Water inundation in low lying areas after erosion of Kutcha embankments also created greater harm in terms of health and sanitation.